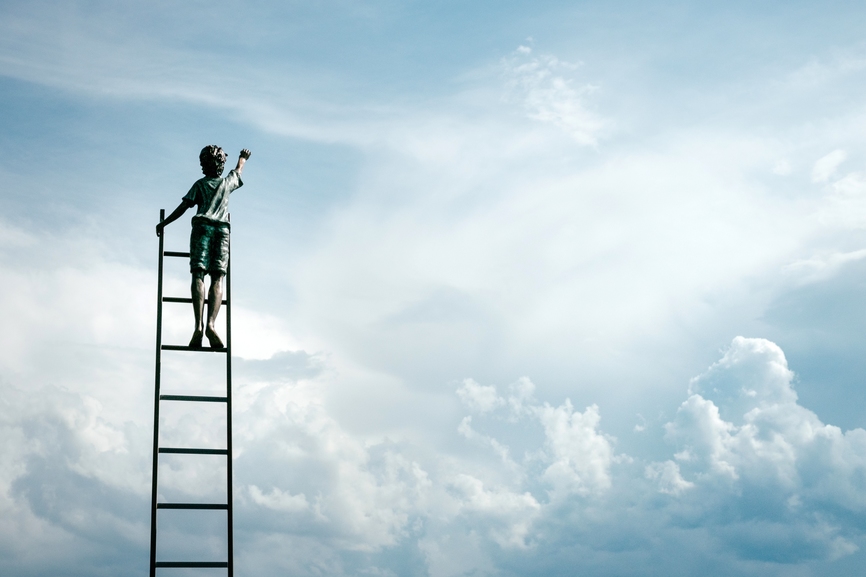 Controlled inspiration mastering begins with the revealing of an individual priority proto-form. The individual priority proto-form. is a universal visual pattern created in an infant after birth by its prenatal and causative consciousness for adequate adjustment of visual perception. It begins to form with the construction of lines, then the planes, and then the images of simple volumetric geometric figures, formed from the chaos of the information-sensory flow. Then the images of these simple figures are used as a template for the selection and clear perception of the shape of each perceived object. Each of us produced his own universal template — an individual priority proto-form, with which causative and prenatal consciousnesses jointly create a program of perception — an algorithm for translating and transforming sensory chaos into an ordered and structured space, which is a perceived image of the visible 3-dimensional object world. This world is an absolutely exact copy of external physical world, and the individual is a perceiver and appraiser of this world. As the perception of the world is asserted, there is no need for an initial template and a portal connecting causative and prenatal consciousness . The portal closes and becomes the memory of causative consciousness.

Every person remembers nothing about this initial period of his existence. Current consciousness, dealing with the perception of the world, is deprived of direct access to the prenatal and causative consciousnesses, therefore, does not know anything about them; it knows only the result of their constant work - the perceived world. People do not remember about the accumulated individual experience of negative moments in early childhood, which creates an internal subconscious conflict. Its presence constantly negatively programs each of us from early childhood to old age. Its hidden intrinsic toxicity destroys health, life, and is the cause of most diseases, such as depression or Alzheimer's syndrome.

A way to solve the problem of this conflict is to create a powerful positive subconscious program that can neutralize not only negative subconscious programs but also transform them into positive ones. Until recently, there was no direct method of conscious positive self-programming. Now it is open in the Adequate Self-regulation and is used for further individual development of mindfulness. At its core is the methodology of activation of the individual priority proto-form and its use in creating the mechanism of “controlled inspiration”. 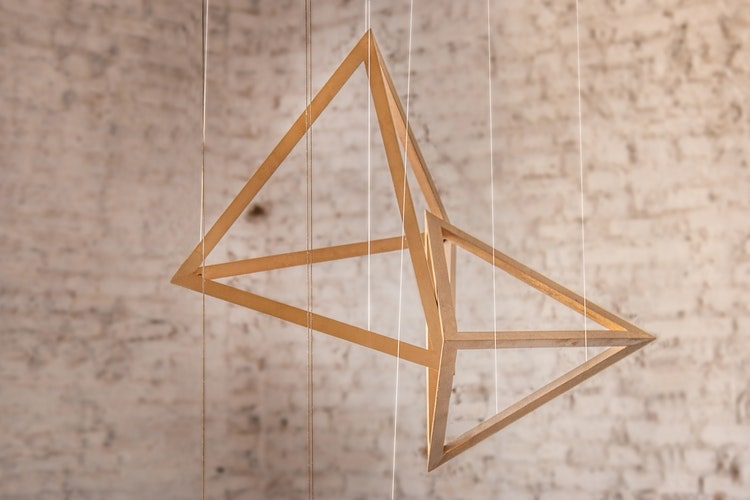 Its essence: having defined our individual proto-form and presenting it in the center of balance of the body - the umbilical region, we have to feel it as a space of light and joy. You experience joy, being in it with your attention. When in this space you pronounce or listen to the text, its meaning is transformed into an effective program. Because as a result of these actions, as in early childhood, there arrears an integration of prenatal and causative consciousness into a holistic consciousness. And, as in early childhood, the information entering this integral space is transformed into effective programs.

For those who want to know more, the mechanism. When in a state of controlled inspiration, the guiding text is spoken or heard, it is transmitted for execution to the somatic genome by means of biofeedback of bio-hologram. The somatic genome in response changes the biochemistry of the body, creates new patterns in the brain neural networks. Thus, deliberately create new positive cognitive and behavioural programs. 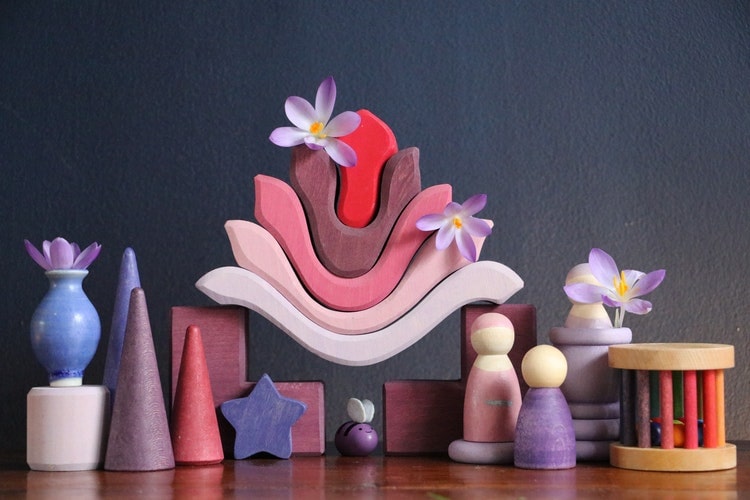 It is revealed with the help of a simple test: for 4 seconds, you look at a set of three-dimensional images of five different geometric shapes. After 4 seconds, the figures will disappear. Therefore, you must quickly, without thinking, select and point a figure that does not correspond to the logic of this series. An odd, extraneous figure in this row.

This choice is very specific, so it is called the “individual priority proto-form”. It is revealed in a paradoxical way: in lack of time, comparative thinking cannot cope with this task. So, current consciousness recalls the basis of its own visual perception, the proto-form of which is one of 5 test geometric figures. The resonance coincidence of their forms makes consciousness to indicate its own individual priority proto-form as “odd”.

Entry into the Space of Controlled Inspiration

The value of this choice, these 4 seconds, is that at this moment, you activate contact with prenatal and causative consciousness. Then, this contact is fixed and reinforced by a special sensation in the body, which is easily trained and experienced as a state of unity and joy. This is the space of controlled inspiration. It remains open during the whole time of meditation. All meditations of Adequate Self-regulation are conducted in a state of controlled inspiration. 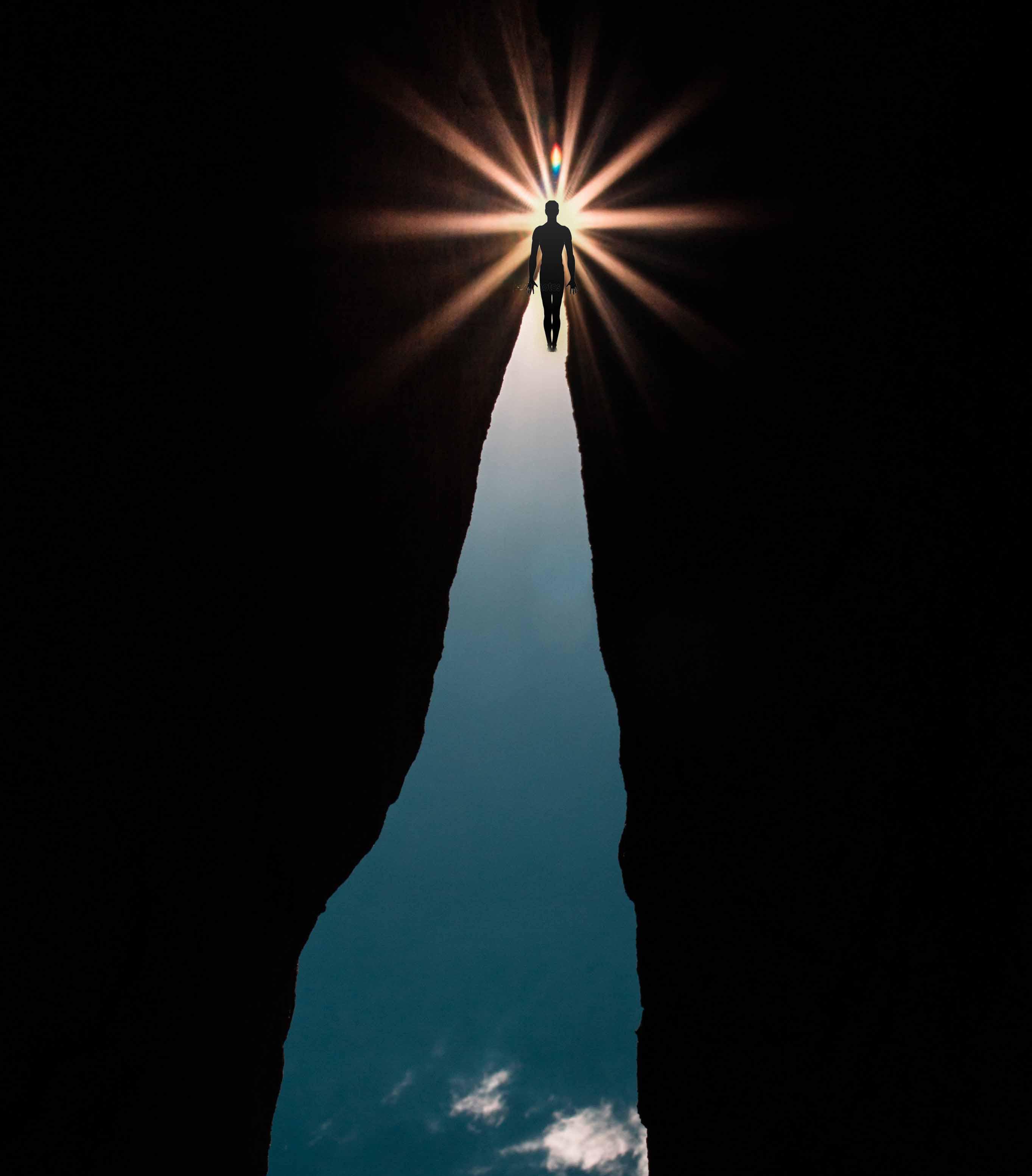 You see the "Start Test" button. Focus on passing the test - you have 4 seconds to determine the individual priority proto-form. You can be inspired by the fact that for all people without exception this time was quite enough. However, if something went wrong, you can pass the test again.

If you are ready, make sure that no one and nothing disturbs you, and click "Start Test". Five geometric figures arranged in one row will appear on the screen of your device. Do choose the "odd" figure, not corresponding to the logic of the series, and immediately click it with the mouse or touch it (in the case of a mobile phone display). The selected figure will remain on the screen, and the rest will disappear.

Click the button when you're ready to start a test. 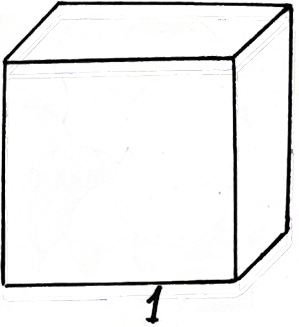 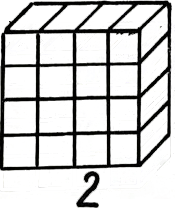 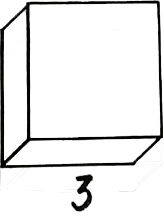 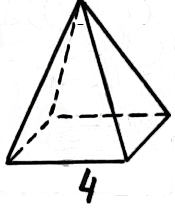 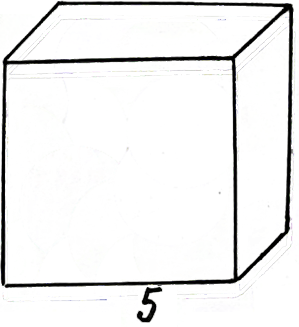 This is your individual priority proto-form. Remember it! You will use it in all next meditations. It is your pass to the space of controlled inspiration.

Slowly draw down your attention beam from the point in the middle of the forehead through the tongue pressed to the alveoli of the upper teeth, to the mediastinal fossa of the throat. Next - the solar plexus, navel, perineum and up the spine to the neck, occiput, crown. Then, without stopping, again the middle of the forehead and tongue, alveoli, throat, solar plexus and navel area (as many cycles as you want). Here you need to stop and make a beam of attention circle with the diameter about 3 cm around the navel. Feel this space and imagine that it is filled with light. Usually, immediately in this place, there appears a specific feeling of joy or peace.

You can try to make rotational movements both clockwise and anticlockwise. The goal is to focus attention effectively in a ball of light in the umbilical region. All people are different, for example, left-handers and right-handers. Do try all sorts of options - move the beam of attention along the oval of the body in different ways: with a smiling face, the tongue may touch the alveoli or the upper palate, the mediastinal fossa and the solar plexus can be filled with light. Practice and choose the most effective way for you.

Now visualize your priority proto-form in this space of light and joy. Without haste, practice more and more, effortlessly and without strain, while tracking new shades of sensations. It is not necessary to imagine in this space of light and joy your individual priority proto-form in detail. It is enough to know that it is there and to have a general visual presentation and feeling of it. In this way, you have opened up the access for your current consciousness to prenatal and causative consciousness. With insertion the guiding text into this space, this procedure is called “controlled inspiration”. Each step of the ASR begins with it. 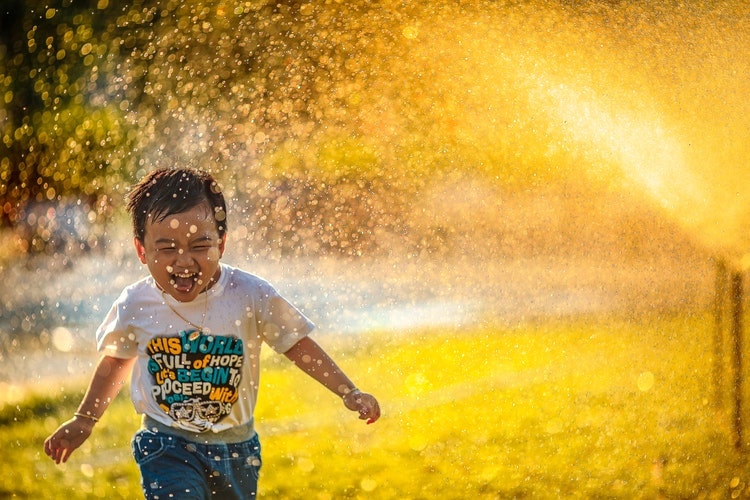 You may not be able to make immediately the space of light. Some people fail to create or keep joy. It could be difficult to join light and joy for others. Or even unite these three things together: light, joy, and the priority proto-form. Do not despair. Regular repetition, regular meditation will definitely lead you to this. Over time, you will learn to achieve the visualization of the ball of joy and light in the navel area almost instantly. 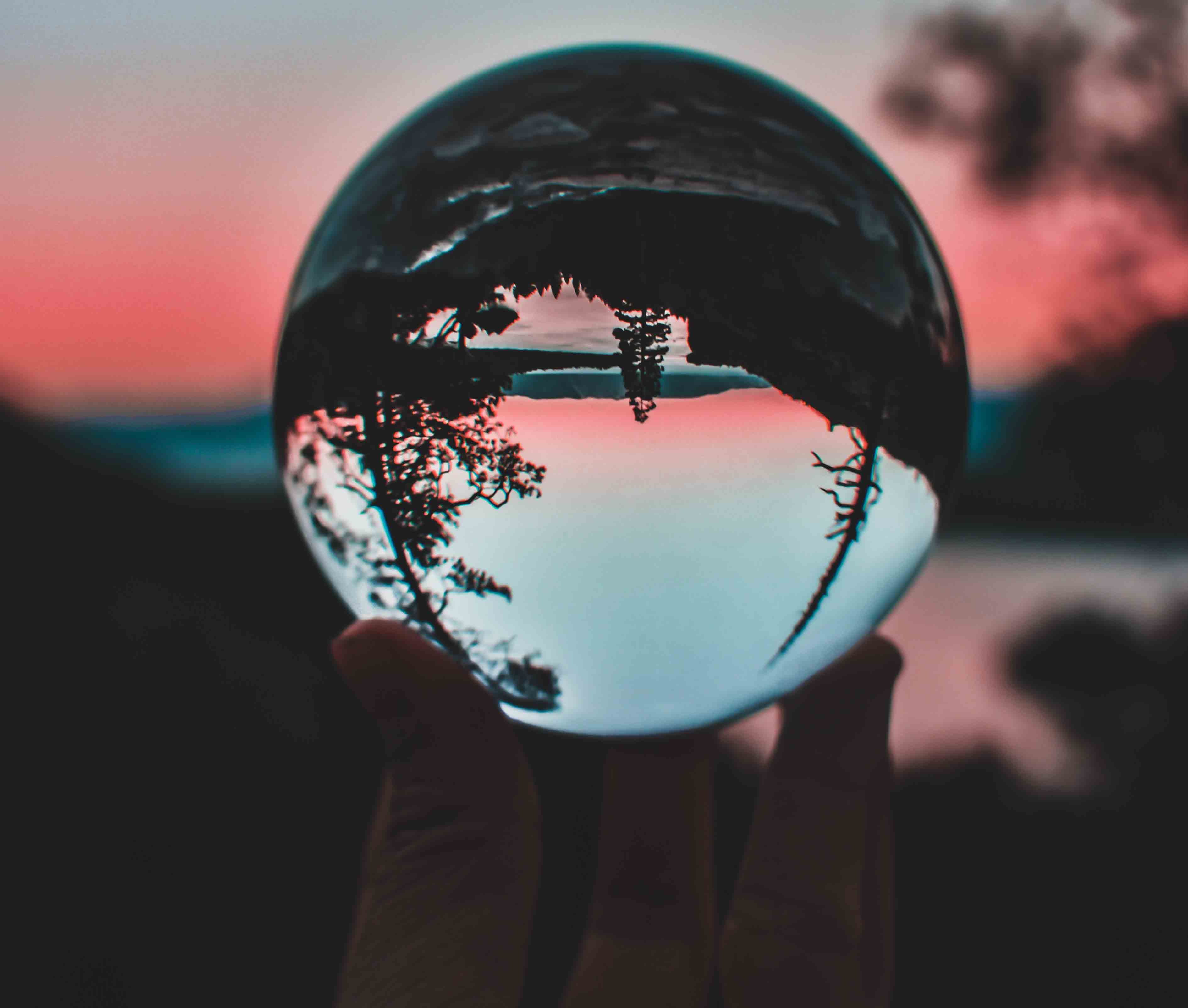 From now on, work out the ability of personal self-programming with the help of controlled inspiration. These words, as well as all next meditation texts, spoken in this space of joy and light, are endowed with effective force and organize the qualities and abilities I need.

(Pause to experience the meaning of what was said. Do strengthen the feeling of joy and light by experiencing the next guiding text.)

I listen to, visualize and experience the guiding text. Get well, getting well, got well. Absolutely healthy. My health is the synchronous and harmonious work of the internal organs, glands, tissues, systems and cells of my body (while uttering the word “cells”, direct the feeling of joy and love to all the cells of your body), ensuring the constancy of the internal environment of my body - homeostasis.