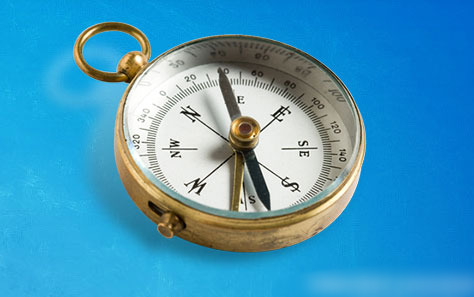 The dictionary is not made alphabetically but according to the semantic principle. Definitions are arranged side by side so as to create a whole semantic field.

Bio-hologram. The physical carrier of the psyche is constantly becoming more complex and self-organizing bio-hologram. It arises as a result of the fusion of parental DNA, the formation of the genome, zygote, and subsequent mitosis, which are accompanied by microwave electromagnetic radiation in the form of standing waves - solitons. Theoretically, a soliton can exist forever. Having arisen, it no longer requires energetic feeding for its existence in the future. The total set of constantly renewing, but not disappearing solitons forms a stable interference pattern – a bio- hologram. Its informational content is human psyche. It represents the entire information about what occurred with the physical body from conception to death. Plus, the work of all specialized departments that have arisen due to internal self-organization (prenatal consciousness, causative consciousness, current consciousness and other functional entities).

Death is the termination of adding new information to the information content of a bio-hologram.

Individual priority proto-form is a universal visual pattern created by prenatal and causative consciousnesses for adequate adjustment of visual perception in an infant after birth.

Understanding is the translation of the result of consciousness into knowledge - the “patent” storage of our memory. The effectiveness of understanding is determined by the level of integration of causative and prenatal consciousness - the degree of their integrity. Perfect integrity, ideally, allows, perceiving any object, to instantly transform this perception into understanding - into adequate knowledge of the tasks set.

Current consciousness is a process, a joint work of mindfulness, awareness consciousness. A non-verbal sensation of current perception, a conversion it into an understanding, emotional experience of the received understanding in the context of personal world outlook, which gives an assessment of what is happening at the output. Then the “I” verbally experiences this assessment.

Controlled inspiration is a state whereby a portal in the form of holistic consciousness is temporarily opened between the prenatal and causative consciousnesses. In this state a practitioner listens, visualizes and experiences guiding texts).

Integrated consciousness is the result of the development of the ASR, a new higher level of consciousness. This level is characterized by: 1) the integration of holistic consciousness with the mechanisms of intelligence, intuition and the sixth sense in the space of the all-inclusive context of the world outlook; 2) practical application of integrated consciousness in everyday life; 3) the main criterion for achieving a new level of consciousness is the state of the background experience of unity (happiness), the vision of previously hidden causal relationships and the ability to always make the right choice: mentally - to take the necessary decisions; physically - to act with the body without possible injury, even in the most extreme conditions.

Will is the power of desire in the usual utilitarian sense. In the system of Adequate Self-regulation, the will is the attention of holistic consciousness.

The I - a constant emotional and sensual self-experiencing of myself as a perceiver of the world and the ruler of the body in the world, supported by the constant context of my own bodily sensation.

Mindfulness is a non-verbal and non-textual process of sensing the current perception.

Awareness - an assessment of what is happening.

Consciousness - the state of thinking on the current perception in the context of a personal worldview. Consciousness is the process of constant self-identification of oneself in the world with a selective search for tasks and finding their possible solutions in the process of perception. Where the adequacy and speed of the decision depend on the context, the conditions of setting the tasks, the level of activation and joint involvement of causative and prenatal consciousness in this process.

Basic internal conflict is a conflict between subconscious children's programs and subconscious adult programs within the framework of the established basic program of conviction in one’s own death.

Sixth sense is the ability to selectively perceive multidimensional reality. All living beings have this ability. Anatomically, in humans, it is represented by a system of ultrathin tendon threads that permeate the entire body. Functionally, the sixth sense is a kind of antenna that perceives super-weak super-frequency radiation, coming from the "depth" of matter, resonance with which is a sensation. Feeling a multidimensional reality, we experience it as the very "power of life" – energy, the emotional component of which is experienced by us as happiness.

Intuition is the spontaneous integration of prenatal and causative consciousness, into the space of which actualized information flows.